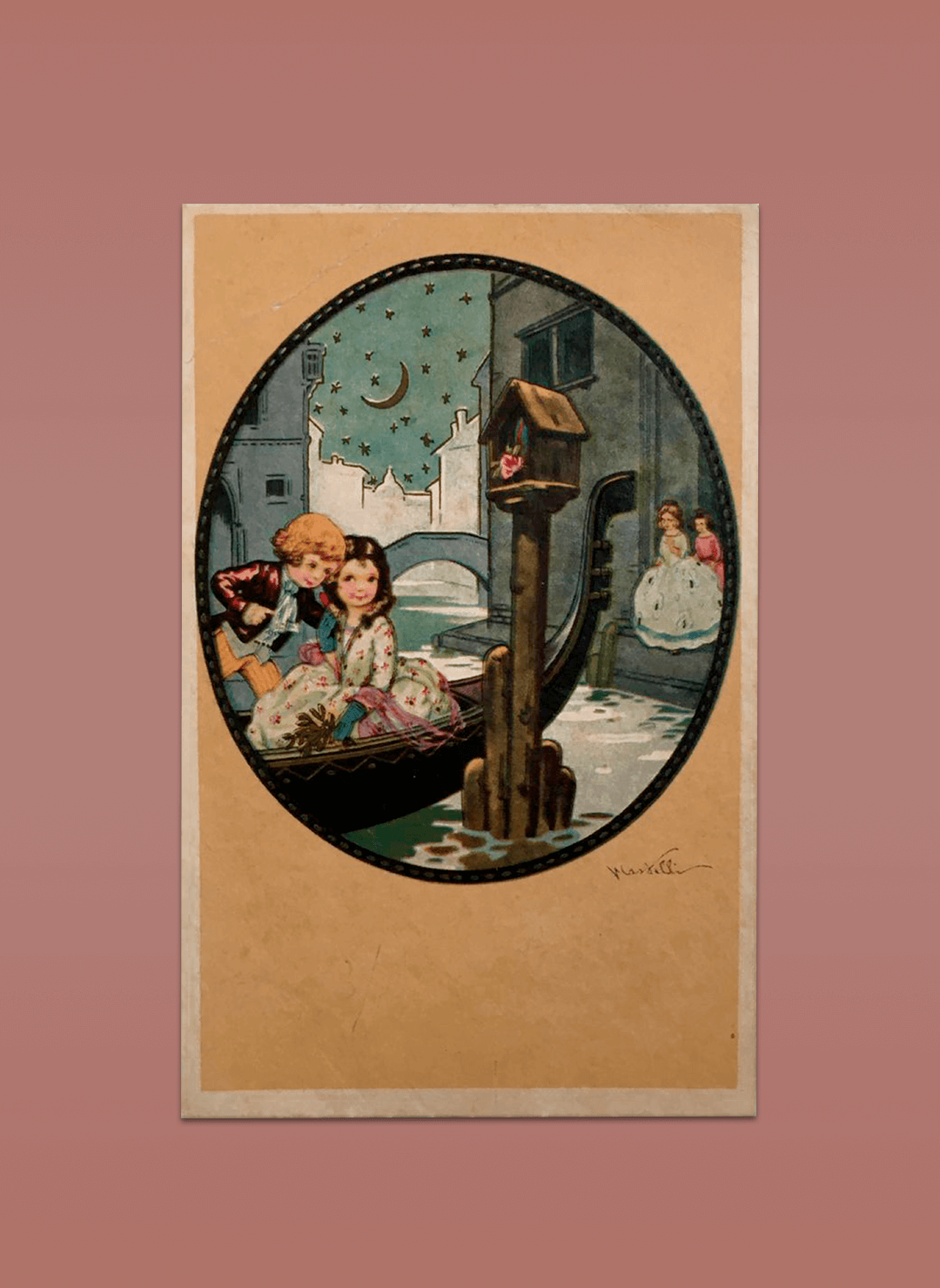 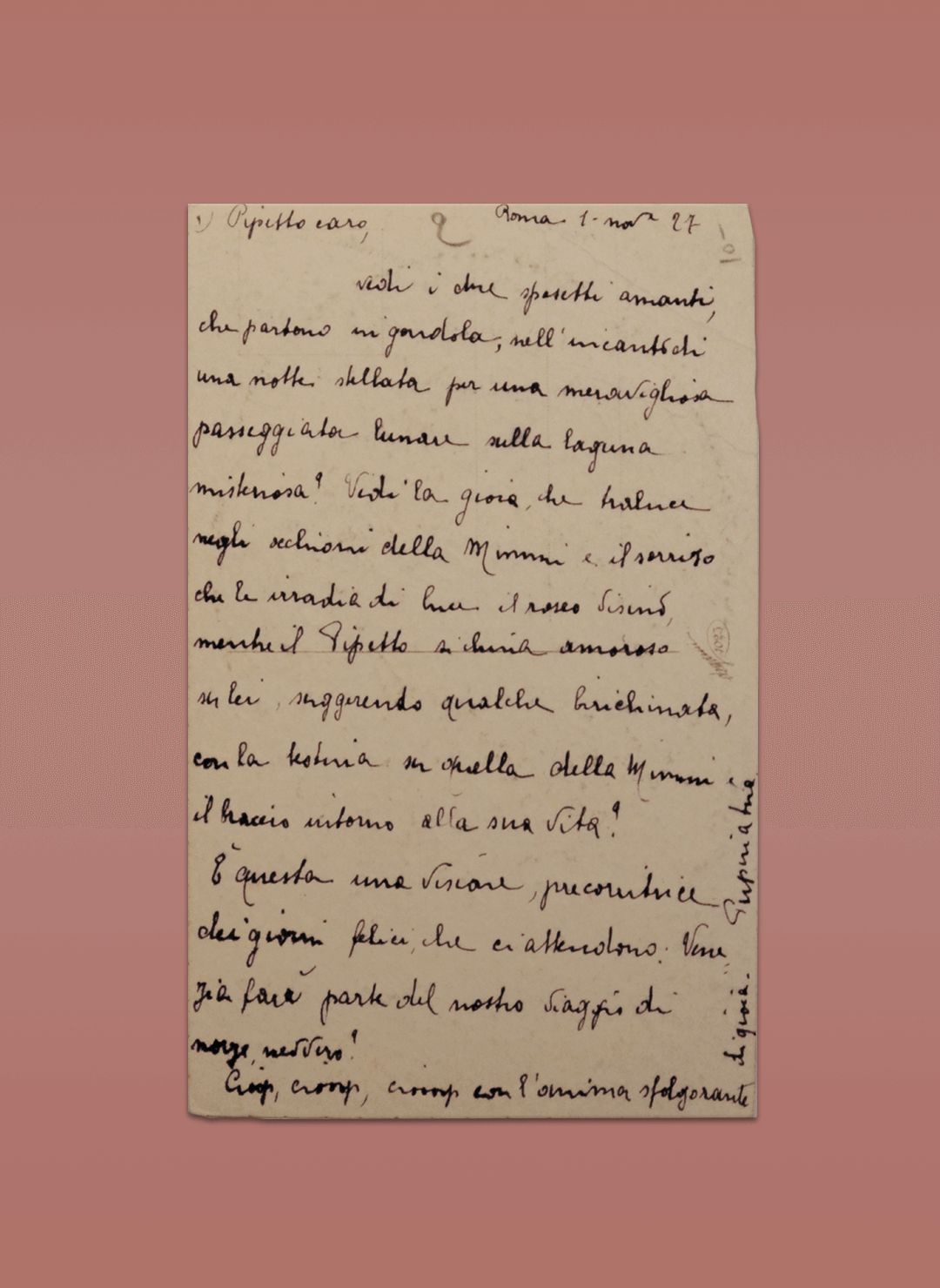 Venice and its testimonies can be found at the Loison Museum, for example a series of ancient postcards that have in common the magic of a city, unique in the world.

Venice has always enchanted everyone: it is the most admired by tourists, the most wrote by poets, the most desired by lovers. This is demonstrated by the postcards kept in the Loison Museum, one in particular shows two little newlyweds embraced on a gondola, on a romantic starry night.

What is really amazing is the declaration of love written on the back, sent in November 1927 by the anonymous lover to his beloved to celebrate their honeymoon in Venice.

Dear Pipetto
do you see the two married lovers who are leaving by gondola, in the enchantment of a starry night for a wonderful lunar walk on the mysterious lagoon? Do you see the joy that bathes in Mimmi’s eyes and the smile that illuminates her rosy cheeks, while Pipetto leans over her, suggesting some mischief, with his head on Mimm’s and his arm around her waist?
This is a forerunner of the happy days ahead: Venice will be part of our honeymoon, isn’t it?
… with a soul full of  joy
… yours

An interesting fact! The first postcard in history

The world’s first postcard, called Correspondenz-Karte, was issued on October 1st 1869 by the post offices of the Austro-Hungarian Empire. It was an ivory-colored rigid cardboard, born to be cheap and affordable for everyone, and which had to contain a message of no more than twenty words.

It was invented by a professor of economics at the Teresian military academy, Emanuel Alexander Herrmann. The intent of the professor was to replace, for the short correspondence, the most expensive letters. In this regard, Herrmann wrote a long article, published in the Neue Freie Presse, with which he attracted the attention of Baron Od-Maly, at the time general manager of the Austrian post office. The latter obtained, on September 25th 1869, the decree for the issue of postcards with which the date of issue was fixed on October 1st.
However, it was thanks to the French bookseller Bernardeau de Sillé-le-Guillaume, if in 1870, in France, the postcards began to be decorated with drawings and figures.

Throughout the second half of the nineteenth century, the postcard was widespread, so much that it was recognized as an artistic value and became an object to put on display to the public on the occasion of the third International Art Exhibition in Venice, organized in 1899.