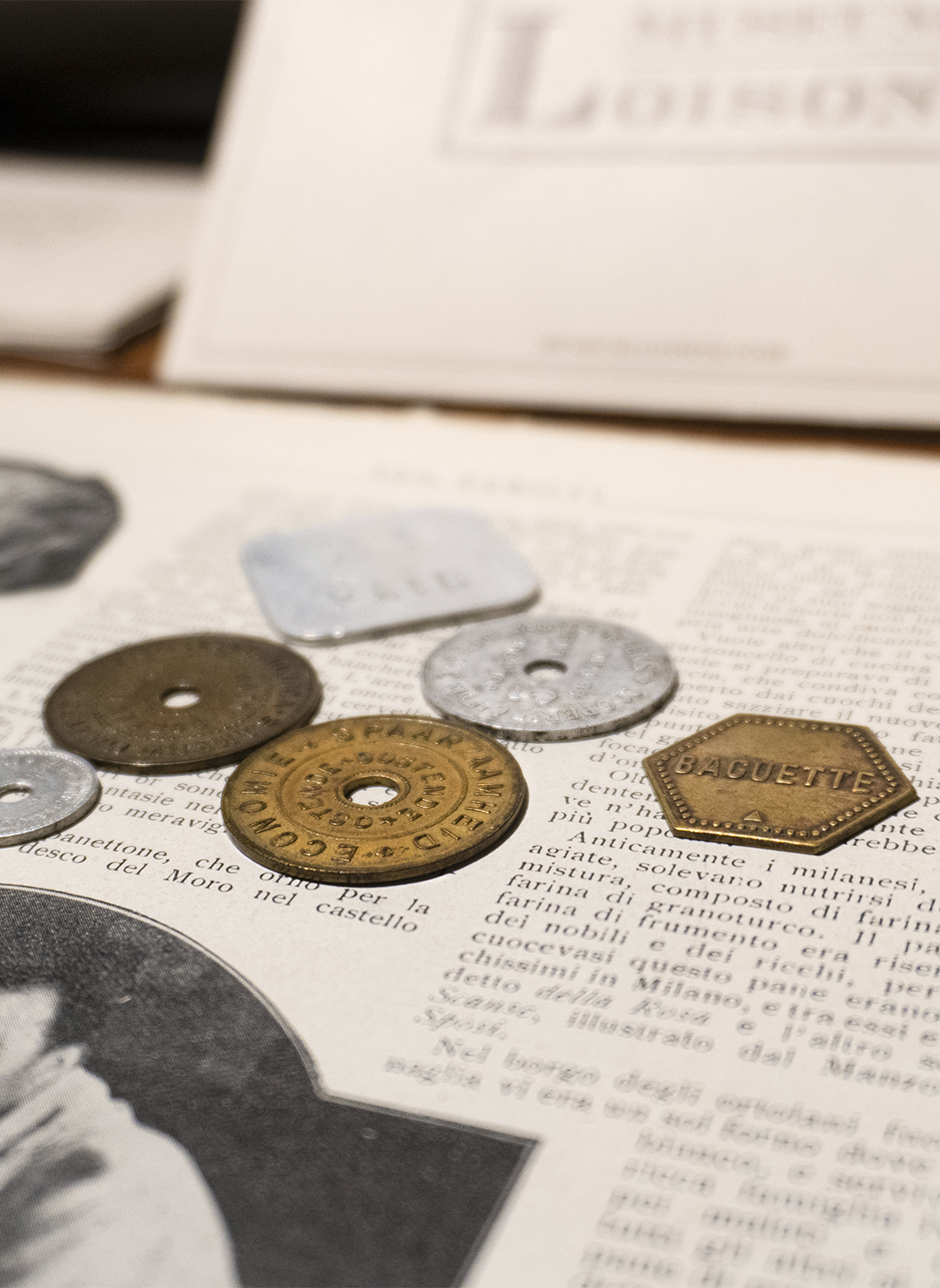 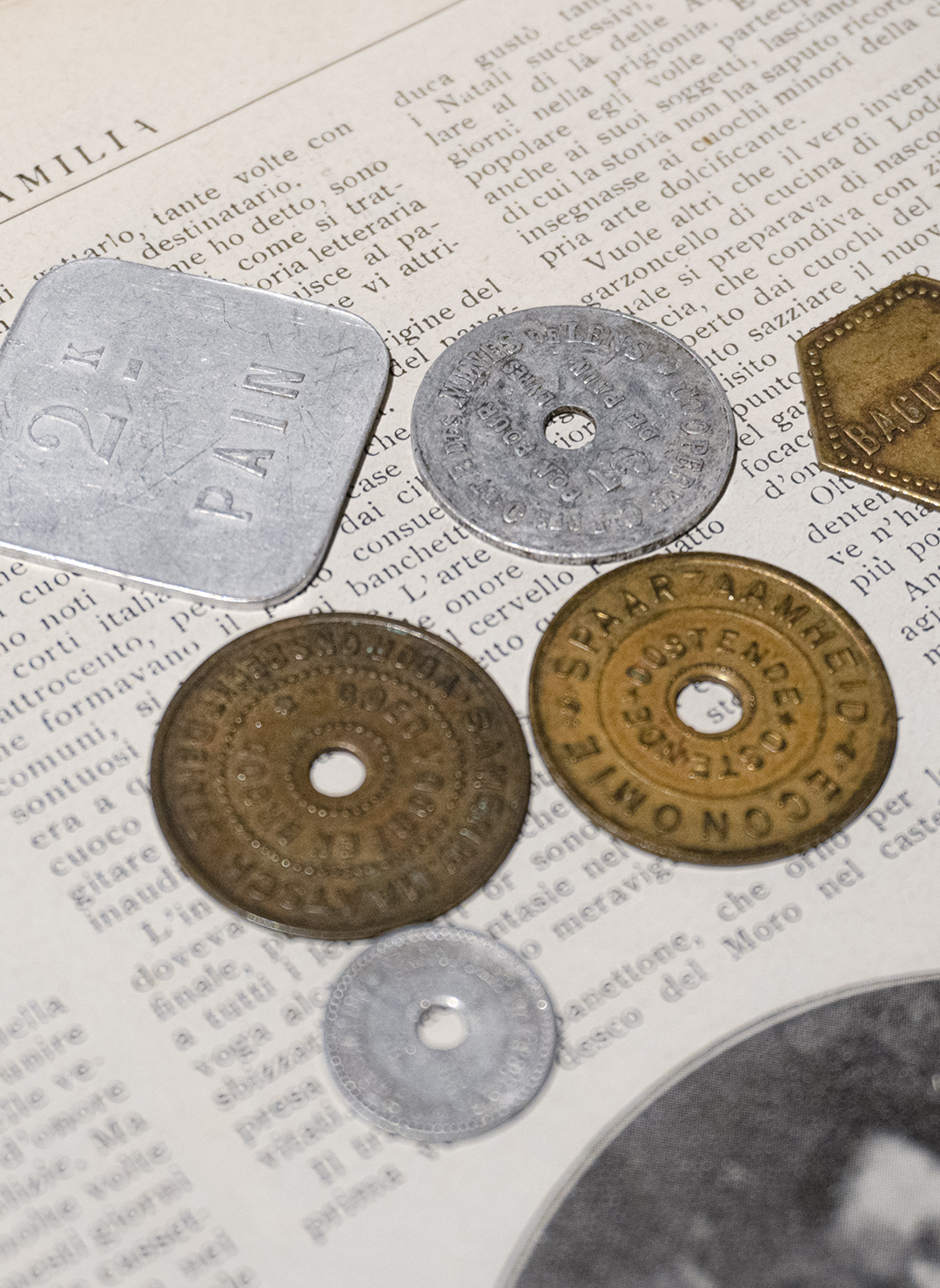 They are called bread coins or tokens, but they are not an invention of our times. These small bread tokens are the solid proof of the measures implemented by institutions of public and private assistance to ensure that even the neediest would receive a daily bread ration. Loison Museum’s collection boats over 200 bread tokens from 15 different countries.

At the time of the ancient Romans, the “frumentationes” were a distribution of grain made to the poor. A ration book entitled every head of the household to receive an allotment for his family needs.

From the Middle Ages to the Renaissance, this type of measure was still being used. In the mid-19th century, it was widely used for the purpose of meeting the needs of a growing working class. Bread tokens were produced everywhere in the world by different entities, mostly municipal welfare agencies, religious organizations, charities and cooperatives.

The bread tokenscame in different shapes and sizes and there usually was a hole in the center, so thatthe coins could beheld together on a stringand counted with ease.