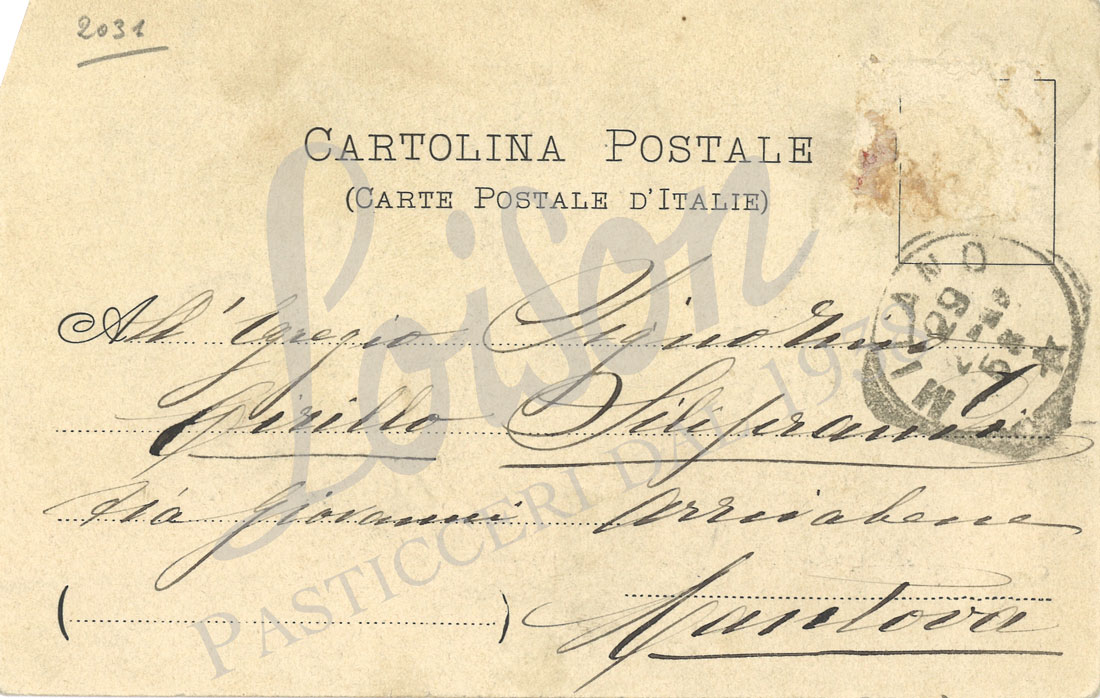 Confectionery maker Baj owned one of the oldest pastry shops in Milan and specialized in the production of artisan Panettone.

The shop was located in the central Piazza Duomo, at the corner of Via Radegonda.

Here you could easily run into many famous people from the mid-19th century Milan: artists, poets, composers and writers loved a good cup of coffee with a slice of cake. Most often, the dessert of choice was Panettone.

In the Belle Époque, coffee houses offered a well-deserved break to the middle class and Panettone was available throughout the year. It was considered a luxury item and, in the 19th century, popular myths and legends about its origins began spreading.

In this postcard, which tells of a short stay in Milan, the image of the Piazza Duomo stands out. You can see some people on horseback and, on the left, the first tramway network of the city, with the terminal in the main square and connections to the city gates.

The caption reads, “Here’s an overview of Milan, beautiful and central. This will give you an idea for the time being, until you can visit and learn more about this great and lovely city. Many kisses from Mom”.